Snakes CAN learn and be trained. Humans often fail to give reptiles the credit they deserve when it comes to cognition. When Vedra first arrived here she was used to living in a tub; eventual transition to a terrarium/vivarium terrified and stressed her so she went back into a tub where she felt safe and was content. Enter the compromise to facilitate training and a behavior shift: a Neodesha enclosure with only the front clear. At first Vedra stayed near the back and used her hiding spaces a lot. Allowing her time to habituate at her own pace resulted in her spending more and more time near the front. That’s when I started using a training technique commonly used with equines known as “approach and retreat”. Within about 2 months Vedra had habituated to me, to random activity outside her window, and to having the door open at times. One day I put a whole bookshelf together as she watched with her head just slightly outside the threshold of the open door. She now remains near the clear front more than she hides and is curious when the door is open, sticking her head forward and demonstrating tongue flicking behavior to investigate activity outside. Sometimes she will choose to come out of the enclosure on her own. Vedra has also learned and accepted a handling and feeding routine but that’s a story for a future post!

Vedra is a Jungle Carpet Python (Morelia spilota cheyni) hatched in April 2017 at Ultra Violet Reptiles. She is very intelligent, observant, and expressive. She communicates well through her behavior and is a joy to work with. 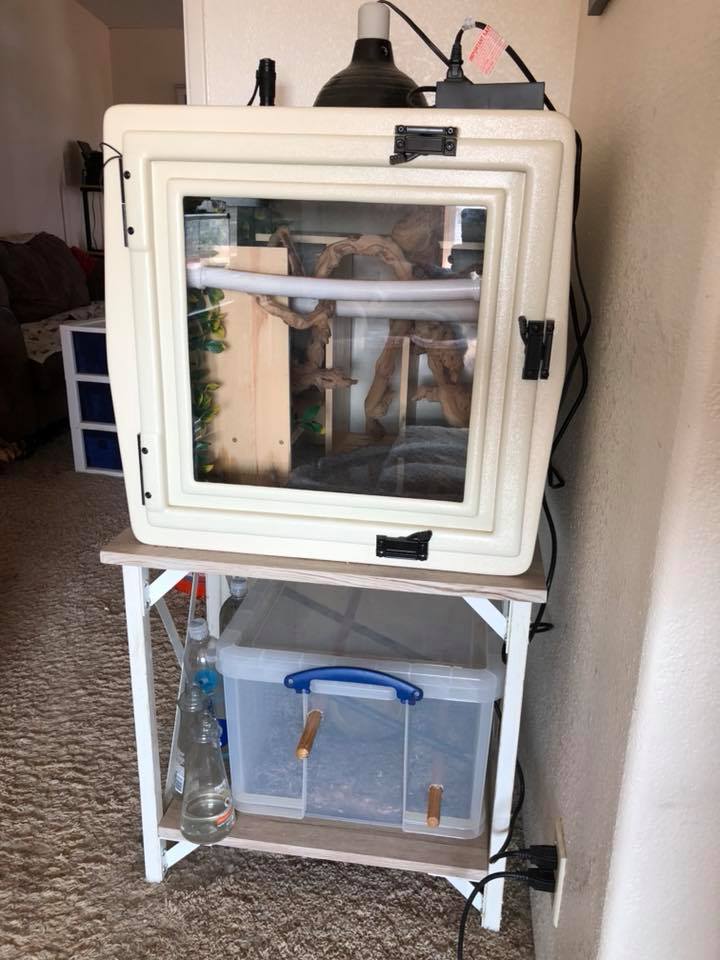 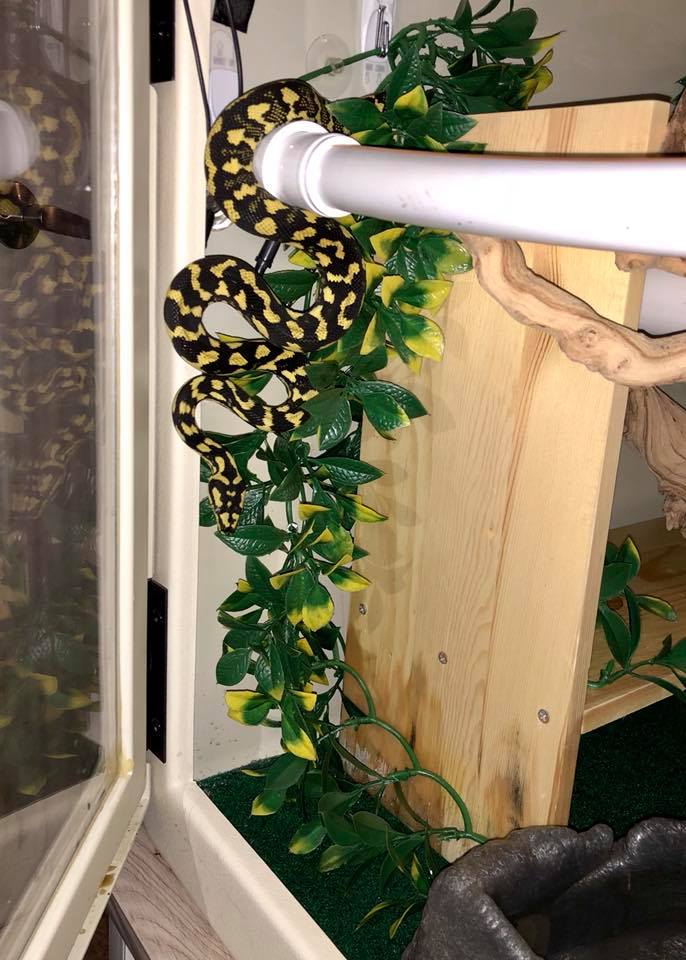 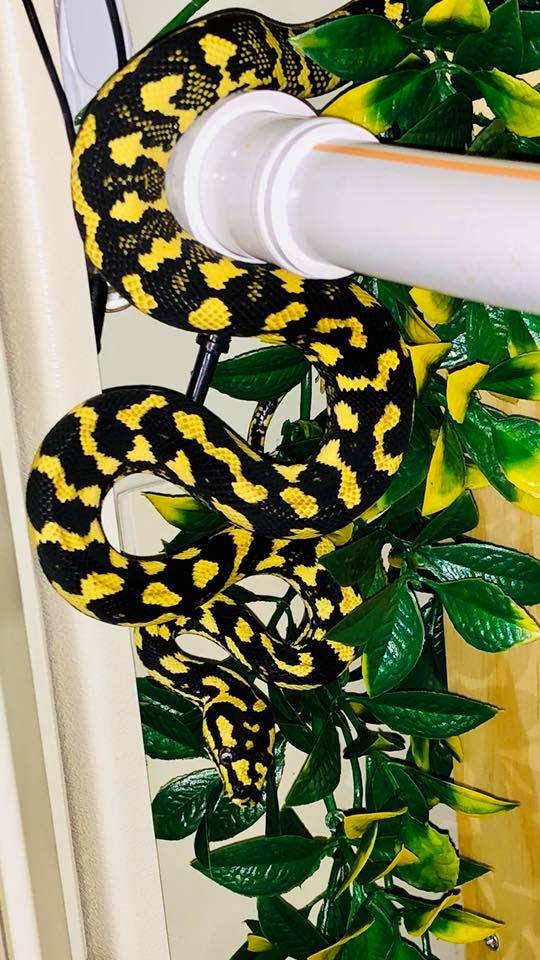