I have recently heard discussions on a few podcasts regarding enclosure types. Why debate this subject when we can turn to the animals to tell us what they want? We humans think we know what is best for our snake, sometimes we have valid reasons and other times we are making assumptions without empirical facts. What I am not hearing as part of these enclosure discussions is that it should come down to what the animals prefer. Watching their behavior when housed in different enclosures is a start. Recognizing that your snake exhibited stress behaviors (see the behavior guide provided below) in a glass front enclosure and that its behavior became relaxed when placed in a tub, or, that your snake behaved as if stressed in a tub and became content in a terrarium, are just a couple of examples of what we should be doing: observing behavior and accommodating the animal's preferences. I know that some in the hobby do this; however, where I see the hobby falling short is not doing preference testing to determine what individual animals prefer.

I cringe when I hear people make blanket statements such as: "snakes prefer small, dark, tight places", "snakes don't move around much so they don't need space", "ball pythons are happier in tubs", etc. you get the idea. Those generalities are not going to be factual for all species or even all individuals within a species. We have all said these or similar things, I have been guilty of it too. We like to think that we know what snakes want either based on their natural history (in the wild) or on preconceived notions we have developed for other reasons.

An example of a failure on my part was presuming that since Bullsnakes are local to Colorado (where I live) and its dry here that they wouldn't benefit from, or use a humid hide. I assumed the same of Morelia bredli because I imagined the area around Alice Springs, Australia to be dry. Wow, was I wrong! After making a video about how to provide humidity for species that need it, I had an extra moss box and just tossed it in with the nearest snake, a bredli, and was surprised to see him using it A LOT! Moss boxes are so easy to make, and it hurts nothing to put them inside the enclosures, I made one for every snake and figured they would use it or not. 22 out of 24 bredli in one of our studies used their humid hides on a regular basis and my Bullsnake and Gopher Snake both use theirs very frequently.

My point is this: just because we think we know what a particular species of snake needs based on their natural history does not equate to what they might prefer in captivity. Knowing their natural history is a start but if we offer them options under human care, they will tell us what they prefer and what they don't. Unless we do preference testing, we cannot truly say for example, "ball pythons are happy in tubs". They may be happy or content in tubs, or they may just appear that way because they have no other options; however, we cannot honestly know either way unless we offer them another option and let them choose. Ball Pythons may do adequately in a tub but if they have no other choices, then we don't know that is actually what they would prefer. Ideally, we would need to link the tub to an enclosure (cage) so that the snake was free to move between the two, and observe where they chose to spend most or all of their time. This is an example of preference testing, providing two or more options and observing the animal’s behavior choices.

We currently work with around 70 individual snakes solely studying their behavior. We do quite a lot of preference testing during which we offer choices in enclosure types, substrates, hides, perching, various enclosure furnishings, exercise and activity options, etc. to determine what individual snakes and species in general indicate preferences for. The truth is that I am surprised by some of the choices the snakes ultimately make. For example: a Western Hognose that spends more time in her humid hide than anywhere else, a Kenyan Sand Boa that spends a lot of time climbing (I know, crazy!), and pythons that spend more time in or on cardboard boxes than on branches and rocks are just a few examples.

We have a hodgepodge of habitats here from tubs to elaborate enclosures because we listen to the snakes and ultimately allow them to exercise choice and control over the enclosure type that they prefer to live in. I know keepers who like their reptile rooms to have all the same types of enclosures so it looks nice, but not 100% of every one of the snakes living in them would prefer that enclosure type if allowed to choose. Our keeping should be about the animal and not about us.

For keepers who prefer cage-type enclosures and may have a snake that prefers a tub or just isn't ready for that transition yet, there is nothing wrong with putting a tub/bin inside an enclosure and making a hole in it so the snake can choose to come out and explore the larger habitat when it wants. I have done this with a few snakes: their fully furnished tub is inside a fully furnished larger enclosure and I put a hole in the tub, the snake can then have choice and control over how it uses its options. I have also had several snakes demonstrate the opposite: they display stress behaviors and restlessness in their quarantine tub and when moved into a terrarium or PVC enclosure they behave contently, displaying relaxed behaviors.

We also need to realize that when snakes don't have to spend 100% of their energy budget on survival and reproduction (as they do in the wild), they will find other things to expend that (species dependent) energy on. While snakes will exhibit natural behaviors in captive settings when given the opportunity, they may also exhibit novel behaviors that we wouldn't see from them in the wild. Why? Because they can. We keep them safe, fed, and give them the ability to easily thermoregulate, so now they have free energy and time to do other things, including trying new things.

My point is that we cannot truly know what a species prefers, or what an individual snake prefers unless we test their preferences. We have to offer them options and the ability to make choices meaningful to them. We also cannot make blanket statements such as "snakes prefer small, dark places". Some do, and many don't. The largest group in our study (28 Morelia bredli and we are adding more) spend the MAJORITY of their time out in the open and when they do hide, more often than not they choose a humid hide or an opaque hide over a solid (black) hide. So, the statement that they “like small, dark places” wouldn't be accurate for this species. It may be accurate for others, our Rainbow Boas for example, we hardly ever see because they are choosing to hide in small dark places! These are just a couple of examples. Remember preferred behaviors will vary according to species and indiviudal.

We don’t have any Ball (Royal) Pythons here or I would set up some preference testing in regard to some of the common beliefs about them. With the thousands of them out there I wish a few breeders (or keepers) would just take one or two of their animals and set up a preference test for habitats. If several of you Royal Python enthusiasts and breeders did this, you could pool the results and have a larger sample size. Connecting a tub to an enclosure is easy to do, it just takes up a little extra space. I would be fascinated to see the results of doing this test to see where the Royal Pythons would choose to spend most of their time. We have done this test with other species and consequently, not all of our snakes are kept the same way. I would speculate that the choices we see are based on things such as natural history, the environment they were raised in under human care, individual temperaments, learned behaviors, individual genetics, prior history in captivity, and prior handling history.

For the sake of the animal, I would like to see humans get over their caging vs. tubs debate and allow the animals to choose. Preference testing is not difficult, and it is the only true way to know what the animal actually prefers. I would also point out that once health/stress issues are eliminated as the cause of a behavior, it really isn’t necessary for us to know “why” a snake is performing a behavior, we only have to recognize that it has chosen to do that behavior and provide it with opportunities to express its behavioral preferences.

“We can see brains, but cannot see minds; yet, we can see the workings of minds in the logic of behaviors” (Carl Safina 2016). 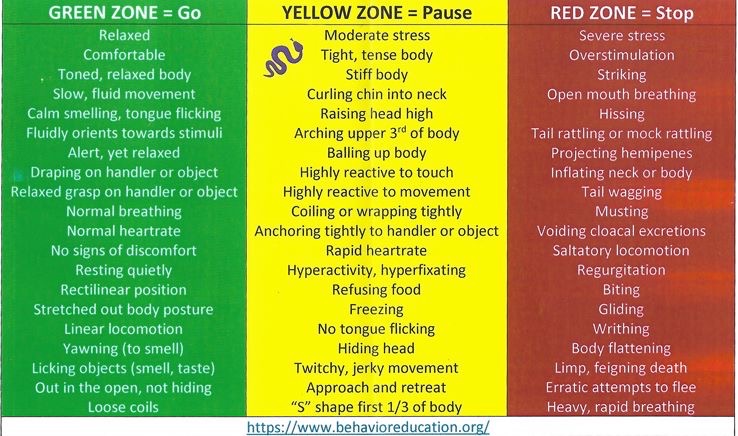