The study currently involves 10 animals hatched in 2018 and 7 older animals hatched between 2014 – 2017. The most recent animals were added on 15 May 2019. I feel that 10 animals all the same age is a good sample size to start for comparison and cataloguing of behaviors. They, in addition to the 7 older animals, should give us an overall picture of what behaviors M. bredli spend most of their time doing under human care when given a variety of options for expressing natural behaviors in a captive setting. Ideally, we would like to add 2 additional older animals to have a sample size of 20 total. While the enclosures vary in size, appropriate for each animal, each habitat contains the same choices: perches and ledges, humidity hides and dry hides, opaque hides and solid black/brown hides, artificial foliage, toilet paper/paper towel roll or cardboard tube, water dish, and overhead heat lamp to provide a basking spot. The animals are fed based on the totality of behavior being exhibited to include not only physical activity and body language but also elimination behavior and ecdysis. This is looked at along with time since last meal to determine an appropriate time to feed. So far, we have had no animals refuse food when offered. The animals are being habituated to handling, weighing, and spending time in temporary holding. They are also all being target and/or station trained. Every other feeding each animal is weighed and moved to temporary holding where they are fed while their enclosures receive a deep cleaning. On the off (non-weighing, non-cleaning) week they are fed in their normal enclosure. Each of the 2018 babies had their first target training session during their most recent feeding within their enclosures on 28 June 2019. M. bredli seem naturally curious and 8/10 animals moved towards the target when presented it for the first time, tongue flicking at it and touching it with their nose. The target was then removed, and the animals were presented with their food item, which they took immediately. 2/10 animals struck once at the target upon being presented with it, reevaluated, then moved towards it tongue flicking and touching it with their nose. The target was then removed, and the food item presented, each one took their food immediately. The target training is useful to teach the animals to follow the target out of their enclosures for exercise or weighing without anyone having to reach in and pull them out, and, it teaches them to not assume that everything presented to them is food. This has worked very well with older animals and babies in training trials being conducted separately with Morelia spilota.

As an interesting aside, animal weights vary a great deal, with some of the 2018 babies even weighing more than some of the older animals. ALL animals are behaving normally, eating well, and shedding well with healthy body conditions.

For those interested the 6/29/18 weights on each animal are as follows for GROUP 2 (older animals): 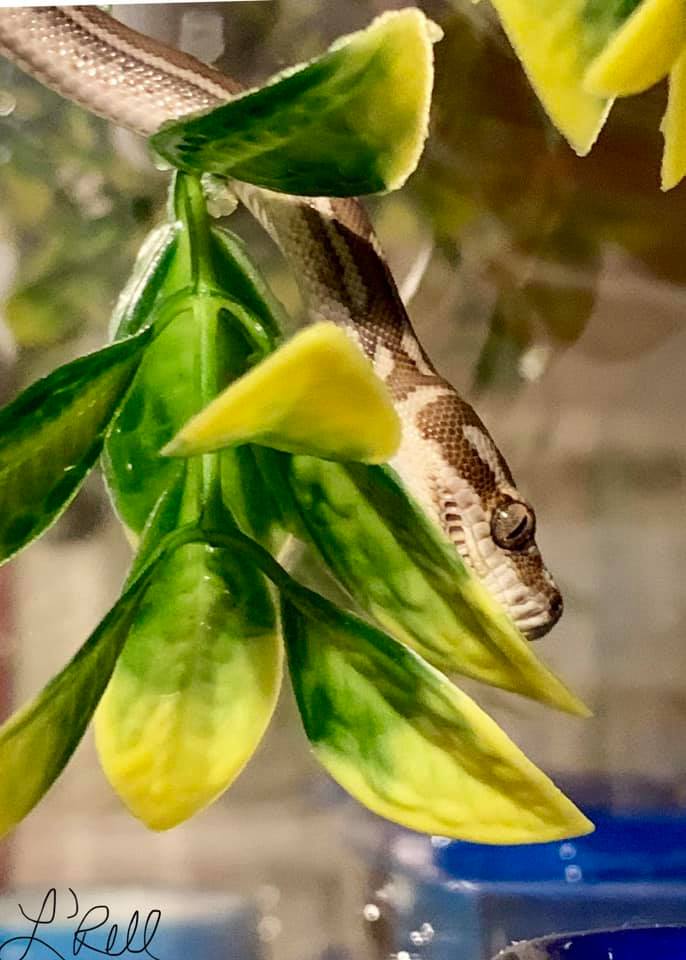